Tibor SZÓLLÁTH, Mayor of the town and former MP introduced the complex local economy development in Hajdúnánás. To understand the developments its neccessary to understand the logic which could be useful for governing a town. Find the unique resources, put into new shape with the help of tradition and innovation. In Hajdúnánás the social land program was introduced which provides help on social basis, restoring the honour of work and teaches again the vanished knowledge in the field of self-sufficiency instead of providing social assistance payments. The value based public work is also a main pillar in Hajdúnánás. These people maintained the drainage system and closed the illegal landfills. Later on the municipality connected a lot of other sectors into public work system like student work, maintaining public roads, working on the municipality’s own vegetable farm etc. The primary aim was in 2011 to reintegrate those who live from state aid back to the world of work. The indicator of success is that less families participate in the municipal program as they grow viable enterprises on the basis of their experience. In 2020 the aim is to put back more of these people to the labour market. The municipality also encourages the inhabitants to choose local products, that are organic and healthy at the same time. The local currency project “Bocskai Korona” is also a unique initiative. It has provision in 100% percent. It aims to connect the local consumption with local production and help to keep the assets inside the local economic circle. Furthermore it has also an identity maker function, because the local people are proud of their product and currency. Its unexpected benefit is also purchase by collectors around the world who will never cash this voucher type currency again (it has expiry date).

Nánási Portéka is also an important element of the local economy development. This brand was created by the local municipality and is only applicable to products which are produced within Hajdúnánás administrative boundary. This trademark is the element of city marketing too. 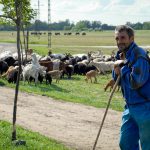 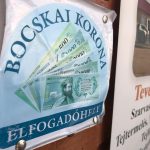 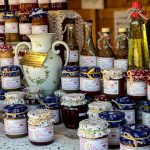 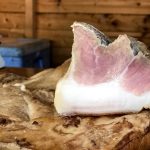 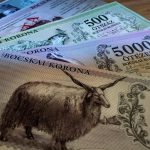 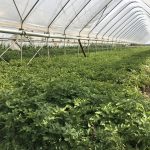 The Bioszentandrás project is a model farm which was introduced in 2010 and its goal was to put an end to the privilege of organic and ecologically controlled vegetables and making it more accessible. People tried to make it real with the products, prices, and Bioszentandrás became the biggest organic farmland of the region. They are cooperating strongly with the Ecological Agricultural Research Institute, Corvinus University of Budapest and Szimbiózis Foundation. The mayor believe that the countryside is the only viable asset, background of restarting a country and the human side of development management its also important, including community building from isolated individuals as well as wise involvement and use of catalyst persons and exemplary individual participants who can then make a change in a specific group such as the local Roma. 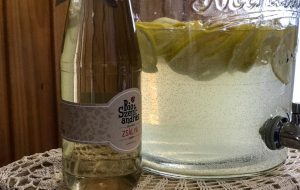 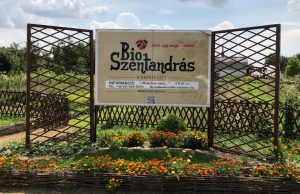 In 1996 three young talented local people of this little village with only a half thousand people between Szamos and Öreg-Túr discovered the Hungaricum of the village and today produce a world-famous product from the abandoned distillery. The perfectly ripe fruit – traditionally – evaporated in a small copper cup. Than it is matured in a special barrel from strawberry and apple tree. They preserved the related cultural traditions of the fruit grown in the flood basin besides of the process of distilling. Research, development and development of innovative local product and service solutions in the field of distillery. Producing finest from local fruit to revive and preserve the traditions of palinka production.

The city aims to be a creative city with high levels of civic participation. This requires reciprocal cooperation from the municipality and an equally high level of commitment from officials. The wellbeing of the city and its citizens should be in the center of all our decisions to build mutual trust.

The school of the Foundation, SAMISULI is a community-based music program that is fostering social change by ensuring everyday musical education for underprivileged children and young people mainly of Roma origin, inspired by the Venezuela-based “El Sistema” and the Hungarian “Kodály Method”. The Symphony Foundation, through its primary school with music arts education, has been socially catching up among people living in deep poverty and disadvantage for decades through the Symphony Program. Since 2015, in these activites of the Symphony Foundation there has been a constant interest and expansion - today they educate almost 1,800 children in 21 locations across Hungary.

In 2015 at the time of the local elections the Szigetvár Culture and Green Zone Association took over the management of the city, with the exception of one seat and the mayor's chair. Their key for the city's development: Development based on Local Culture and Community

Janos Hando developed Ladybird Farm Leisure Centre from 2001 to provide visitors with an ecological attraction in which all energy consumed would come from a sustainable source, but it started from a real scratch. After a successful career, he faced a serious illness. After the surgery, he wanted to show that the impossible is possible. On May 20, 1999, he and his wife went west, and by passing 110,000 km in 40 countries behind, living on 3,000 forints (10 EURO) / day, they returned home from the east on July 14, 2000. They were the first Hungarian couple to get around the Earth. The year-round facility attracts 65,000 visitors per year, with 100% of the facility’s energy needs met through its photovoltaic solar panels and biomass.

Send me an email